Need a Chilled ‘Pick Me Up’ for Summer? Tiramisu Can be Whipped up in advance 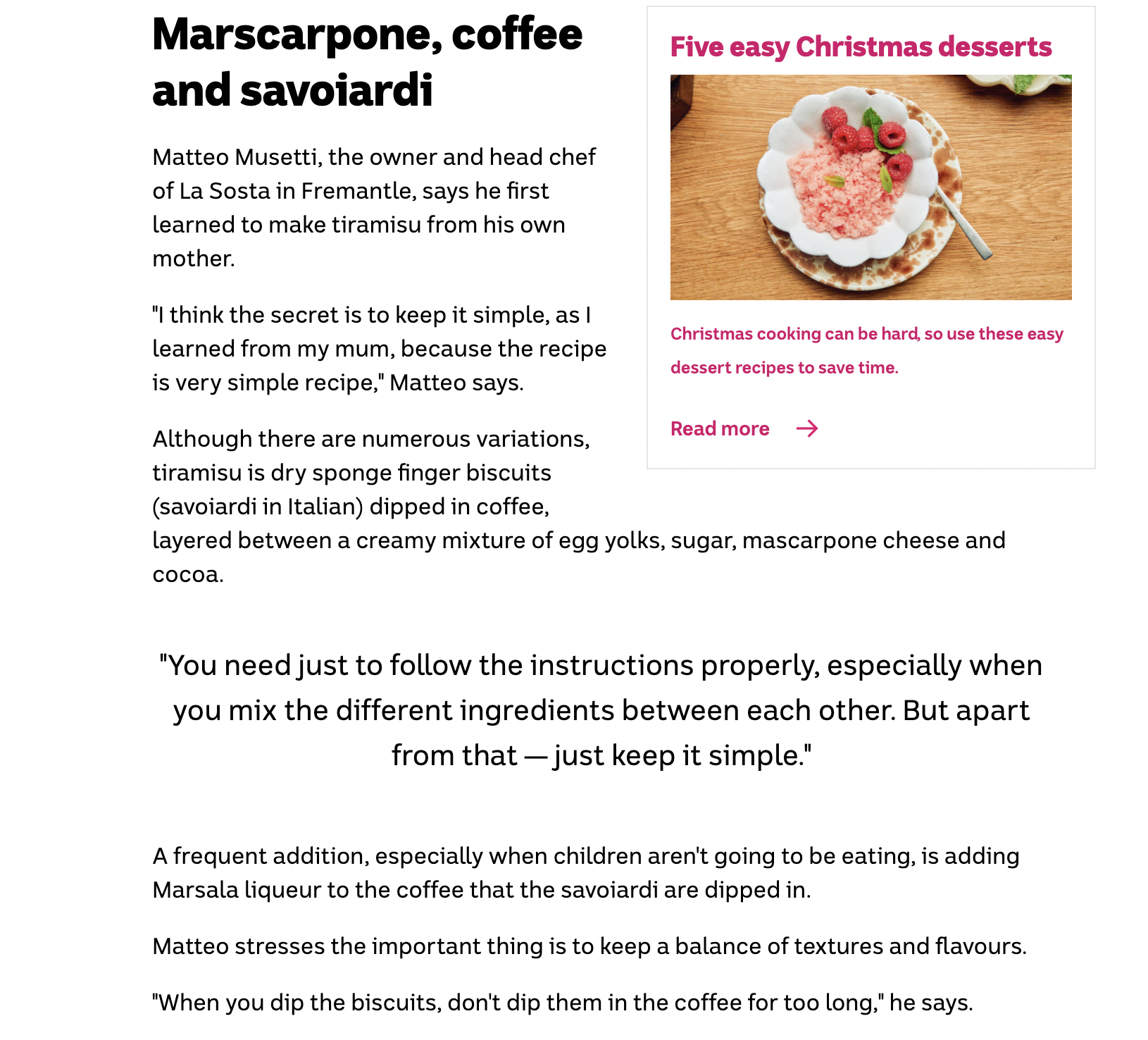 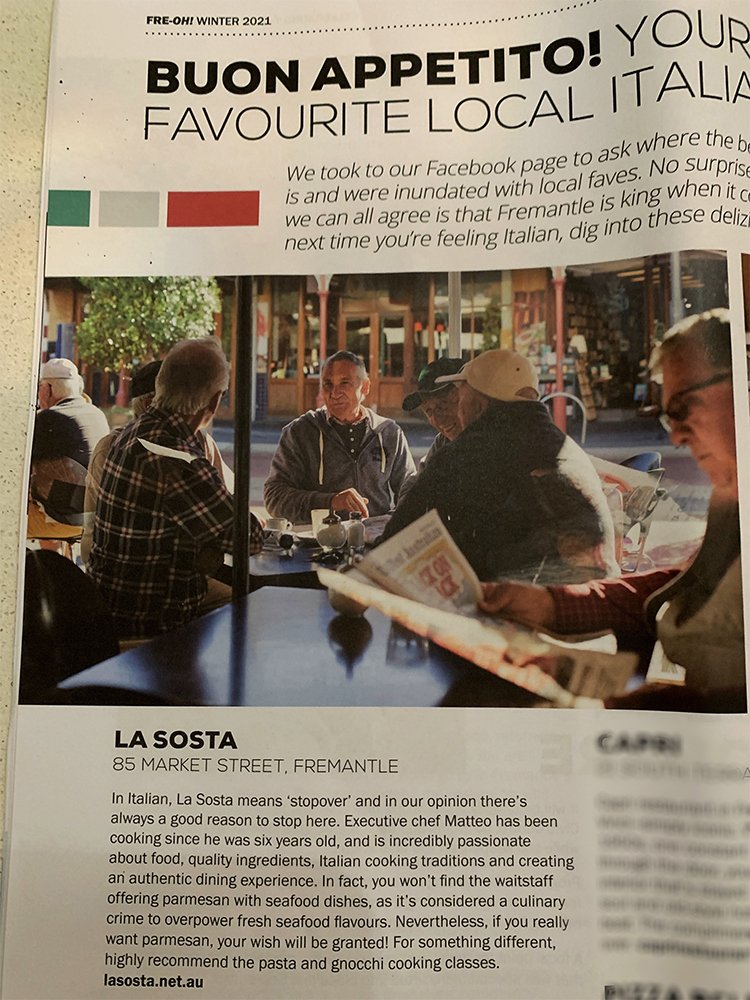 12 of our favourite Pasta Dishes

Feeding the most valuable, thanks to the support of Minderoo. 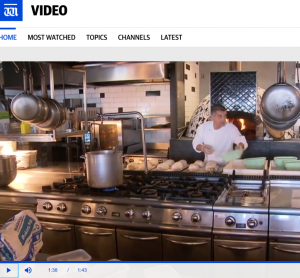 With over 200 meals a day being prepared it has brought life back to the local hospitality and retail sectors which have been decimated by the pandemic. A range of restaurants is making the meals at a cost allowing them to keep a chef and kitchen hands employed.

Michael Piu, CEO of St Pats said the project was a true win-win.

“I was touched by meeting the owner of La Sosta who assured me that this has not only given his business a lifeline, but they have re-employed two staff who would have been on the dole queue, and they are expecting more next week. They are now buying again from local suppliers who desperately needed the business. This is having a real impact.

“We have had very touching feedback from recipients who are overwhelmed by this much-needed help, who love the meals, and feel so cared for by the community as a result.”

COVID-19 has seen the decimation of Fremantle’s local Tourism, Hospitality and Retail sectors, and has also placed the City’s most vulnerable at risk.

“Doorstep Dinners – Fremantle” gives reason to keep the doors open and the kitchen fires burning in a few of our most iconic venues that define our Port City – in particular Benny’s, La Sosta, Strange Company, and The National Hotel.

Michael Piu, St Pats CEO, noted: “We are grateful to Minderoo, and the McCuskeFoundation, who quickly saw the incredible opportunity in this pilot. We hope that we can lay the foundation in this trial to see it grow as the need in the community grows over the coming weeks. The Fremantle hospitality sector is a long-standing supporter of St Pats through the Long Table Dinner and other initiatives. This was a chance to give something back and create a true win-win.”

Fremantle Chamber of Commerce CEO Danicia Quinlan said: “By providing 200 meals a day, at cost, these venues that employ and procure locally, will be able to keep a chef on their books and perhaps a kitchen hand to assist in meal preparation. It means they can continue to support the local producers, the local butcher, the bakery, the local artisan charcuterie suppliers and local fresh food producers. This project trial was perfect timing as the venues reached crunch time as to whether they decided to close up completely, and for how long they could remain open ride out the storm. It is our hope that this project may keep a couple more doors open, and we can grow the project to help more local businesses and more socially isolated individuals.” 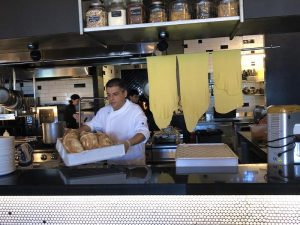 Matteo Musetti, owner/head chef, La Sosta. Fremantle.
I met Matteo last year when he came to my son’s kindy to make gnocchi with the class. I had managed to roster myself on as parent helper on one of the best days of the year. Matteo had been doing the hands-on gnocchi lessons with the East Fremantle Primary School pre-primary class since 2015. When teacher Miss Louise (who taught three of Matteo’s four children) moved to kindy last year, so did Matteo’s gnocchi day.
Matteo hopes he can continue the tradition this year. For now, he is trying to keep his restaurant @lasostafremantle afloat and his staff in work by doing takeaways and delivery, something the restaurant had never done prior to the coronavirus pandemic. “It’s been a huge challenge,” says Matteo. “It’s been like starting a new business.” Orders started slowly and Matteo is grateful for the support from the East Fremantle Primary School community, which accounted for around 99 per cent of orders in the first week. The restaurant is now also offering family meals on top of the main takeaway menu.

Emilia-Romagna region delivered on a plate as part of Consulate of Italy, WA Opera and La Sosta Fremantle collaboration

HE beautiful region of Italy’s Emilia-Romagna will be showcased with food and music in a special collaboration between Consulate of Italy Perth, West Australian Opera and restaurant La Sosta as part of International Week of the Italian Cuisine.

The event “Verdi’s Table” on Wednesday, November 21, will this year celebrate the music and regional cuisine of the Emilia-Romagna region – which was the birth place of one of Opera’s greatest Maestros, Giuseppe Verdi. 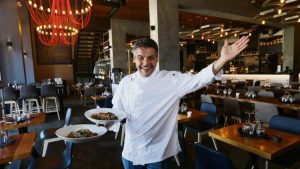 “Take your tastebuds to Italy and back”

Thanks so much to Western Suburbs Community Newspaper for this publication about La Sosta, Authentic Italian Flare. We are delighted to hear this kind feedback from the community. Thanks for recognizing one of the best pasta in Perth – Cavatelli al Fruiti di mare, one of our most popular pasta dish. 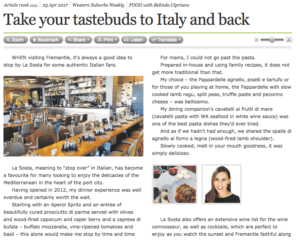 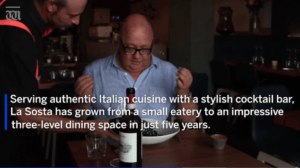 We are so excited and pleased to be on the list of Perth’s Best steaks! Thanks to Urban List for featuring our big and high-quality steak ‘Fiorentina’ served to a table on a smoking charcoal! It is a truly Perth best favorite steak. Noone can resist the tempting look and taste! 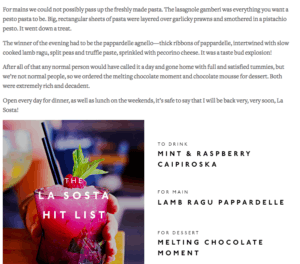 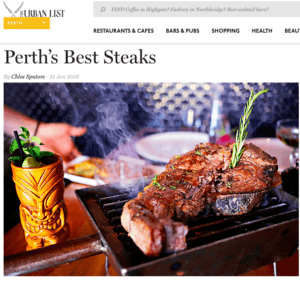 Must visit restaurants recommendations by Urban List include La Sosta in Fremantle!

Urban list is a great source of information about what’s on in Perth. We are delighted to be recommended by one of the best media.

“The European influence on Fremantle remains” 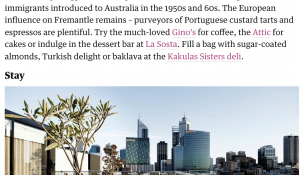 Contact inna @ lasosta.net.au today to talk about publications. We are always open to cooperations with online and offline media, food and travel blogs and provide great content about Italian food for you. Get in touch today!